All You Need to Know About Religions in Indonesia

Nearly 90% of the population of Indonesia is Muslim. This led the archipelago to earn the title of the largest Muslim population in a country. But Sharia law and Islamic law aren’t implemented in Indonesia as compared to the other Muslim countries like the United Arab Emirates. Earlier, animism was the religion in Indonesia. Over time, it gradually mixed with other religions and traditions. This syncretism of religions developed a peaceful coexistence and great tolerance of the religions in Indonesia.

Indonesia is not an Islamic state but certain Islamic principle has influence over the decision making. The Indonesian government recognizes six official religions that are Islam, Protestantism, Catholicism, Hinduism, Buddhism, and Confucianism. Each Indonesian citizen needs to embrace the mentioned religion. It is mandatory personal data as it is imbibed in official documents like passports and identification cards. Atheism is not even on the list and it is socially unacceptable too. But there is no law that bans atheism.

Each religion has its own festivals. Although they are many religions followed and practiced in Indonesia, there is a state philosophy called Pancasila (meaning – Panca: five, Sila: percept). This is derived from the five precepts of Buddhism: 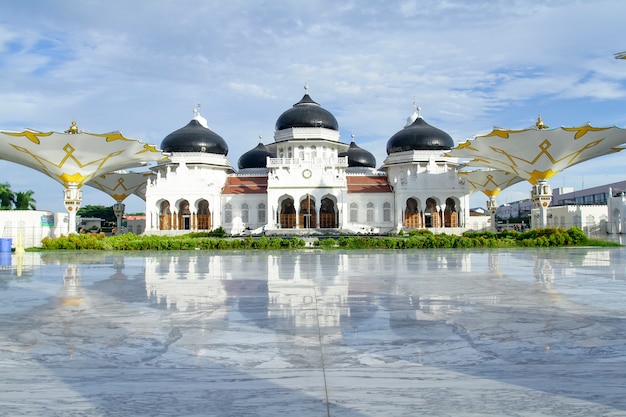 In every travel guide, you will examine the importance of faith in Indonesia and the way this country could be a land of spirituality. Islam is one of each of the six religions officially recognized by the State. Within the last to the date census administered in 2010, 87.2% of the 250 million citizens declared themselves Muslim. This makes Indonesia the biggest Muslim community in the world. the primary historical relevance of Islam dates back to the 11th Century AD. Today, most of the muslin community lives in Java, Sumatra, Sulawesi, Kalimantan. It’s always coexisted with original practices and beliefs. The faith slowly meets the archipelago through trading networks and therefore the conversion of the country’s sovereigns.

2. Christianism (Protestant and Catholic) in Indonesia

Christians frame about 10% of the Indonesian population today. One clear example of the lasting impact of European influence and Dutch colonial power on Indonesian society is that the presence of around 23 million Christians currently living in Indonesia. Christianity is that the second-largest religion in Indonesia, albeit relatively small compared to Islam. Indonesian Christianity consists of Protestantism and Catholicism, the previous being the bulk. These Christian communities tend to cluster within the eastern part of Indonesia. Catholicism was brought to Indonesia by the Portuguese at the beginning of the 16th Century AD. Protestantism was later brought by the Dutch.

By the 1980s and 1990s, Evangelical churches started appeared within the archipelago. They’re now extremely popular amongst the Sino-Indonesian community. the most important Christian communities tend to be found in New Guinea, Sulawesi, or Flores as an example. Although there have occurred some violent incidents between Muslims and Christians, most notoriously the 1999-2002 Muslim-Christian conflict within the Moluccas, also because of the forced closure of several churches over the years, worshipers of both religions generally sleep in social harmony across the country. Except for the normal (mainline) church, the charismatic movement (which – like Pentecostals – puts emphasis on the gifts of the Spirit) features a growing following within the bigger cities of Indonesia. 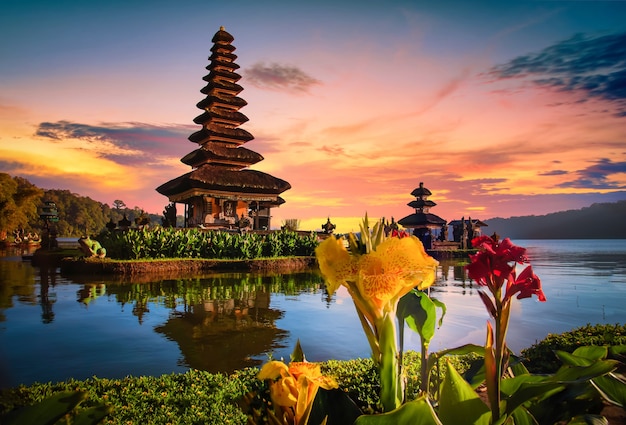 Before the increase of monotheistic religions, Indonesia was considered a Hindu-Buddhist country. Hinduism was the most religion in Indonesia, dropped at the archipelago by Indian Brahmins during the 11th Century BC. However, today only 2% of the population of Indonesia declare themselves Hindus, most of them living in Bali. Various symbols, names, rites, or temples show us this cultural heritage. Bali follows the class structure inherited from India but Balinese Hinduism also has its specificities and is incredibly unique. On a visit to Bali, you may very easily spot the many temples and vibrant offerings in addition because of the traditional ceremonies that collect Balinese people. 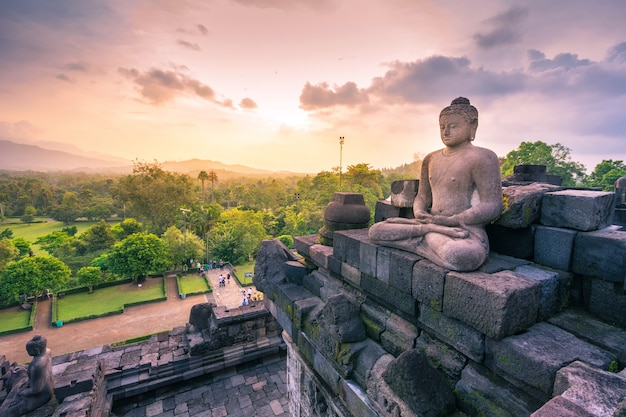 Before the increase of monotheistic religions, Buddhism, further as Buddhism, was widely covered in the archipelago and coexisted in various kingdoms. Today, Buddhism is one in each of the six official religions in Indonesia but in step with the 2010 census than 1% of the country’s population declare themselves Buddhist. Buddhists are usually a part of the Chinese community of Indonesia. one of the must-see Buddhist monuments is that the temple of Borobudur on the island of Java but you’ll also discover the bronze statue of Buddha in Sulawesi or the remains of the province of Riau in Sumatra.

Many won’t agree that Confucianism could be a religion, it is more counted as a belief or philosophy. However, the Indonesian government acknowledges it jointly of the six-state religions. It’s interesting to notice that the government’s stance on Confucianism has been ambiguous. Under President Soekarno, it had been one of the state religions. However, it had been de-recognized by the Suharto government because the regime tried to limit expressions that originated from China, including the Chinese language, celebrations, and names. So as to forestall the emergence of clashes between the native Indonesians and ethnic Chinese.

Confucianism was dropped at the Archipelago from mainland China, primarily by Chinese merchants and immigrants ranging from the 3rd century of the Common era. Although forming but 3 percent of the Indonesian population, this Chinese minority gained a disproportionately large share within the nation’s economy. Those that practiced Confucianism therefore “changed” their religion to Buddhism or Christianity on their identity cards only. In 2006 the govt, again, recognized Confucianism in concert with the state’s official religions.

Festivals in Indonesia – What time to visit, History