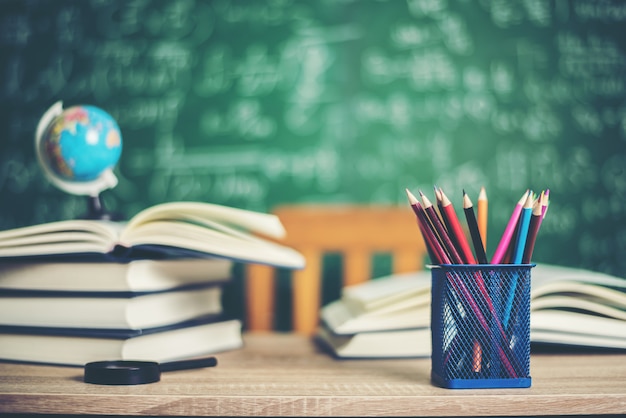 Every country has its own educational system. Indonesia’s education system is highly reflected as well as inspired by the Dutch colonization. The Muslim majority country has many public and private countries. A good education makes the country more self-sufficient and pushes the country’s position. Education has many benefits and with proper help from the government is just reaches every nook and corner.

In this article, you will get a detailed overview of Indonesia’s educational system.

Indonesia’s compulsory education program began with Presidential Instruction Decree No. 10 of 1973, and by 1984, the Indonesian government had fully implemented the six-year compulsory education program for primary school-aged pupils (7-12 years). The impact of this new strategy was enormous, as primary school participation increased to 92 percent in 1993, up from 79 percent just ten years before.

Indonesia inaugurated the Nine-Year Basic Education Program on 2 May 1994, ten years after the obligatory primary education program was fully implemented, expanding compulsory education to the 13- to 15-year-old population. Indonesian people can obtain an education through the mandated nine-year basic education program. The extension of basic education from six to nine years was also meant to address the issue of child labor.

Basic education is a nine-year general education curriculum that includes six years of elementary school and three years of junior secondary education, according to the National Education Law No. 2/1989 and the Government Regulation No. 28/1990. The nine-year Compulsory Basic Education Program aims to educate every Indonesian between the ages of 7 and 15.

The Ministry of National Education is in charge of education in Indonesia. Primary education is compulsory for 6 years and junior high school for 3 years. After optional pre-school playgroups, which may begin in a child’s third year, the primary phase begins. The majority of primary schools are run by the government. Some institutions offer expedited programs that cut the phase time in half to just five years. The junior high school serves as a transition between the slower pace of elementary school and the challenges that may await in senior high school. It also helps educators figure out where their students might go in the future. The Islamic educational system continues to be a viable option.

The general secondary school curriculum is governed by Minister of Education and Culture order No. 061/U/1993, which was issued on February 25, 1993. For individuals who want to enroll in Indonesian high schools, there are two types of schools that offer two different streams of instruction. One of these is aimed at students who plan to continue their education after high school. The other is for people who want to start looking for work straight away. Other young people choose for the Islamic option.

The Minister of Education and Culture established this curriculum in Decree No. 080/U/1993. The goal of vocational education is to prepare students to enter the workforce and develop professional skills, as well as to prepare students to choose a career, to maintain the ability to compete and develop independently, and to foster a national workforce to meet business and industry’s manpower needs. Vocational secondary education is envisioned to complete in 3 to 4 years.

The Vocational curriculum is divided into six groups and their job sectors:

Students with physical, mental, and/or behavioral challenges are eligible for special education. Multiple entities, including the government’s Ministry of Education and Culture, other ministries, as well as corporate and non-governmental organizations, are involved in the programming. The goal of special education is to assist disabled students in learning about their environment and developing skills that will enable them to compete in the job market or continue their education beyond the traditional special pre-school (one to three years), special primary school (at least six years), and special secondary schooling (at least three years duration).

Polytechnics, academies, institutes, and universities are the four types of tertiary education institutions in Indonesia. Some are state-run, others are religiously related, while yet others are privately sponsored. The University of Indonesia, which was formed in 1947, is the oldest. It has a distinguished local reputation, and in May 2021, it was listed among the top 50 in Asia.

One of the most serious issues confronting Indonesian schools and universities is the unequal distribution of teachers and instructors. In Indonesia, the disparity between the elite, middle, and lower classes is exacerbated by the lopsided quality of instructors. Those who can afford to attend higher-quality schools are more likely to continue their study in internationally famous educational institutions.

As a result, many people in the upper and middle classes are able to study abroad, and the number of students studying abroad has risen dramatically. The United Nations Educational, Scientific, and Cultural Organization (UNESCO) reports that the majority of Indonesian students who study abroad do so in Australia, the United States, or Malaysia. Those who cannot afford to study abroad, on the other hand, must rely on scholarships and government programs if they hope to continue their studies in another country. Due to a widespread lack of access to higher-quality educational standards prevalent in other countries, this reality contributes to further divide Indonesia’s economic classes.

In Indonesia, many institutions and universities do not employ meritocratic hiring and promotion practices. As a result of this issue, poor teaching continues to exist across the country. Although education is not the only sector in Indonesia where such an issue occurs, its predominance in the educational sector suggests that it deserves special attention. Furthermore, the lack of meritocracy affects Indonesian students by limiting access to the highest attainable educational standards. It also runs counter to the government’s emphasis on education as a means of maximizing the country’s potential as a regional and global economic powerhouse, as well as a well-informed and culturally robust nation.